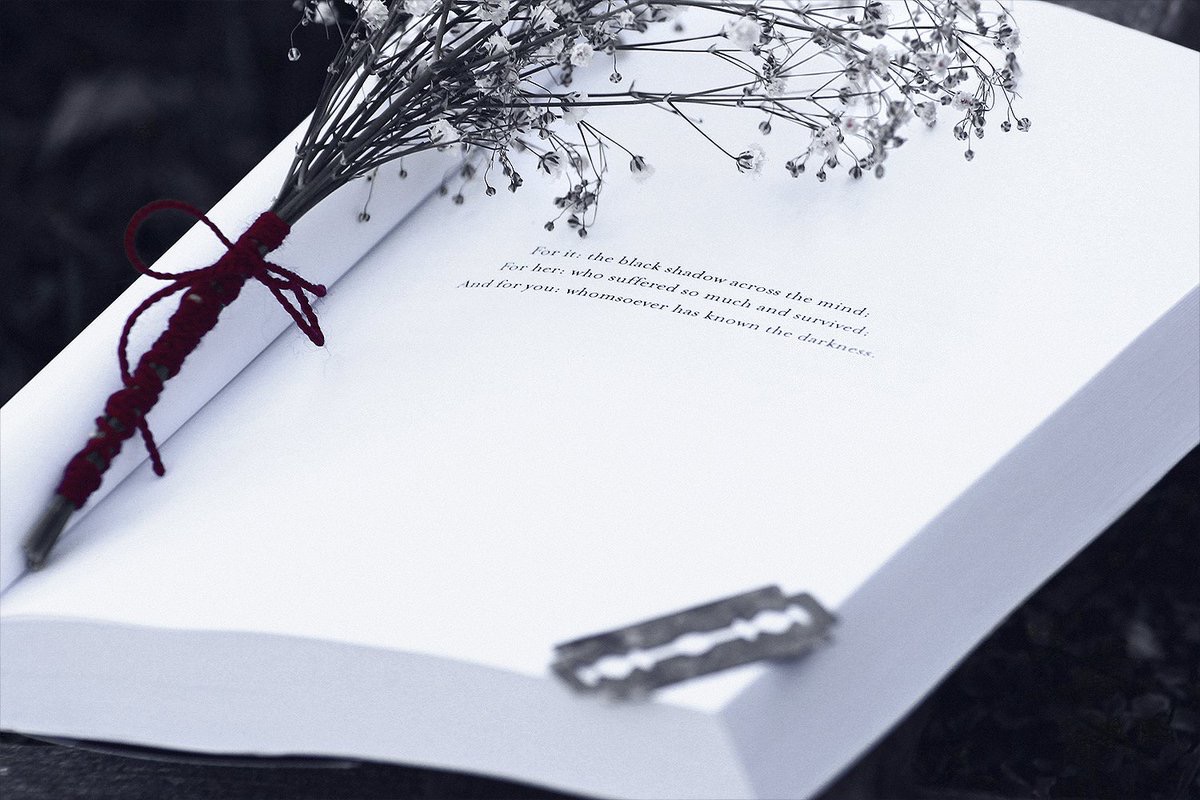 It’s approaching the four-year anniversary of the publication of my first YA novel, 22 Scars. It’s hard to recognize that the book itself took almost twelve years to come to life in the first place, and that it’s now been a further four years since it was released for others to actually read. Unlike my second novel, The Broken (which is available now, by the way!), 22 Scars was a deeply personal fictionalization of many, many aspects of my own life, from childhood trauma and depression to the inability to cope with life as an adult. (The Broken does borrow from aspects of my own life as well, but is more fictional than semi-autobiographical.)

Perhaps scarred by the experience of being taken advantage of by a vanity press when I first tried to publish my first fantasy novel, I opted to fully self-publish 22 Scars, with the sole exception of hiring an outside editor (who is wonderful at her job, by the way – thank you Parisa!) to ensure overall quality of the story. This meant that I didn’t seek agency or representation, but created all the material myself, uploaded files to Amazon and Apple Books and all the other platforms, and took on the job of marketing the story myself. For the most part, that marketing has been minimal, limited to a few runs of Facebook ads and trying to get it into the hands of professional reviewers (although most reviewers don’t accept self-published manuscripts).

In fact, most of my readership has come from free giveaways, primarily through my friends over at Voracious Readers Only, who are a wonderful platform for distributing books to readers for free. The thing I like about this is that the people who end up reading my story are not just friends and family, but strangers who were genuinely interested in the story, and when (and if) they review the book, they are free to provide their honest opinion of the story.

And boy, do I know they’re honest! In the four years since 22 Scars was released, I’ve earned 175 ratings (138 reviews) on Goodreads, with an average rating of 3.64 out of 5. Do I wish the rating was higher? Of course. Do I value the feedback of those who didn’t like it? Just as much so. In fact, most people rated it 4 stars, with a spattering of 1-3 star reviews and a fair number of 5 star reviews. The thing is, there’s a fairly consistent pattern in the lower reviews. A lot of people found the book to be either too confusing (it jumps characters almost every chapter without warning) or too triggering (it deals very graphically with self-harm and sexual abuse), and I recognize that as valuable feedback (a lot of those points were taken into consideration for The Broken).

At the same time, it was never intended to be an easy read, either from a content or a structural perspective. I wanted the reader to really, really feel the depression that the main character, Amy, struggles through every day, and I used all the techniques I could think of to do so. For example, until the end of the book I deliberately avoided showing Amy’s internal thoughts, to try and distance the reader from her emotions as much as she was distanced from them herself. I also wanted to show the effect of Amy’s depression on those around her, by focusing on the viewpoints of her friends and family rather than herself. As for the content, I was never going to get through a book about depression and self-harm without a lot of bloodshed.

But as time passes and the release of 22 Scars becomes history, I’m given to question the success of the book itself. After all, I don’t make money from it; I haven’t even recuperated what I spent on editing it (not even close). It’s not a smash hit, and it isn’t in bookstores (although you can get a print copy from Amazon – I’m really quite proud of how the physical version came out). You’ll probably never see a Netflix adaptation, and it isn’t going to be talked about around water coolers. By any realistic measure, it’s an absolute flop.

But success, I believe, needs to be measured according to what the creator was aiming to achieve in the first place. If I wanted a best-selling blockbuster novel, I would never have written a story about a self-harming depressed teenage girl with abusive parents. If I had chosen that topic, I certainly wouldn’t have written it in such a disturbing and confusing manner. There’s writing, and then there’s writing for the market, and the market doesn’t really want books like 22 Scars.

No; I wasn’t looking for overnight success. When I wrote 22 Scars, I really had two goals in mind. One was to exorcise my own demons regarding depression and self-harm, being such a huge part of my life for so long. Getting all those thoughts, ideas and feelings down on paper was itself extremely cathartic, and helped me cope to a great extent with my past.

The second goal was to help others – those who suffer with depression, and those that live with them. I hoped that, in writing a book that neither shies away from nor glamorizes self-harm and suicide, I could help others realize that they’re not alone. That there are people who care about them, whether they can see it or not. And that, for those who live with others who are depressed, they might get a glimpse into the waking horror that is chronic depression.

In light of this, I turn to reviews to measure the success of 22 Scars. Not the ones who thought it was confusing and disturbing, but the ones who felt a deep, strong connection to the book. Amongst the confusion and distaste trickle in review after review of people telling me that this book was the story of their own lives, that they knew exactly what Amy was feeling, or that it actually helped them through a difficult time. Reviewers such as Kaiti, who wrote:

As an almost 30 year old who self harmed for a decade of my life and never thought I would live to see adulthood, this book hits the nail on the head.

Or Mikaelha, who reached out to me personally to say:

I was in such a dark place myself when I read it and I cannot express how much it helped me get through by feeling like there was someone out there that could portray such feelings through their characters and story line.

And of course, I can’t forget Amelia, whose gorgeous photos of 22 Scars I found on Instagram by happenstance, and who said:

This book is special to me. I wouldn’t recommend it to everyone, not because it’s not good, but because it’s too good and about a topic that’s important, in general, but for me especially.

By this measure, I’m deeply honored to have, in some small way, become a part of these peoples’ lives, to have impacted them, and provided insight, hope, and perhaps even help. For this, I consider 22 Scars a huge success, whether it ever makes me a million dollars or not, because I know that I’ve been able to reach people who needed reaching, help people who needed helping, and connect with people who might otherwise have felt deeply disconnected.

If you’ve read 22 Scars, what was your takeaway? Did it help you, or impact you in any way? I’d love to know in the comments.